Recommended Tracks:
Even A Man Like Me
Get Cool
Slow Space

“On the Mat and Off”, the fourth Album from Bad Seeds drummer Thomas Wydler, is inspired by the life of his Swedish great grandfather, August W. Johnson, known as “The Lion of Scandinavia” and “August the Strong”. For years, Wydler has wanted to do a tribute album to honour this beautiful and largely forgotten strong man.

In music, text and pictures, Wydler evokes Johnson’s life as an immigrant and touring strongman in turn of the century America. Despite this historical inspiration, musically, Wydler works within his unique contemporary style. He steers clear of period quotes and clichés. Playing his drums with restraint, he lays percussive foundations for melodies of melancholy beauty.

Train travels with weights in his luggage to compete against the strongest men in the world, winner of the Strongman’s Contest at Madison Square Garden in 1903, his Dumbbell-Cafe in Manhattan, his Swedish specialties shop in the Bronx, promoting live music daily at Palm Garden, are a few of the colourful elements in Johnson’s story captured by Wydler and musician friends, including singer, Dave Graney, Katarina Johnson, Sara Lunden and Wydler’s “Bad Seeds” band mate, Jim Sclavunos in the 13 tracks of this album 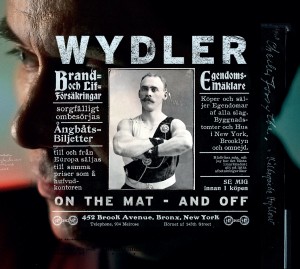 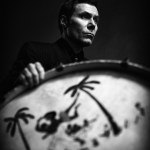 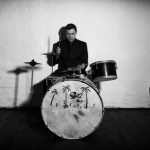