A milestone in electronic music, is finally receiving its well-deserved re-release: Liaisons Dangereuses’ legendary self-titled debut album still fascinates today, through its innovative sound and the mystery encompassing it. Since its release in 1981, it has become a classic in electronic music.

The album – anything other than a Berlin or Düsseldorf ‘thing’ – was propelled to an international favourite. Songs such as “Peut Être… Pas” and “Los Niños Del Parque” played a decisive role in the development of Detroit and Chicago’s house sound, as well as various forms of European techno.

The remastered CD-Version of the album comes as a glossy digipack with the original artwork, and contains all 10 original songs.

Additionally the album will be available as a digital download from all good online stores. 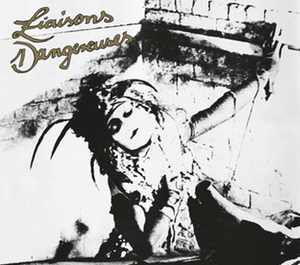